The Crosland Law Group, LLCWorking together for the benefit of our clients 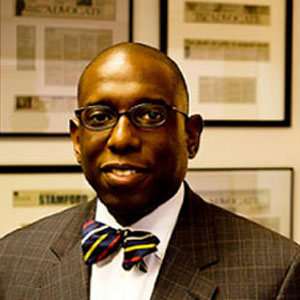 Darnell Crosland has always been a voice and an advocate for poor and disenfranchised people. He grew up in the Bronx, where he worked with the Bronx Legal Aid Society and was assigned to the Housing Division. His goal was to make sure that the low income people had heat during the winters.

He took this role very seriously and fought against landlords throughout the city who took advantage of people who otherwise would have no voice.

Mr. Crosland attended Clark-Atlanta University where he was a firm advocate for environmental issues. He studied under noted environmental justice leader and “Dumping in Dixie” Author, Dr. Robert Bullard. He fought hard to make sure that toxic waste dumps would not be located in poor and minority communities.

Darnell Crosland later worked for the Juvenile Courts in Atlanta. Attorney Crosland was hired by the Bronx DA and worked in the Grand Jury Division before being transferred to the specialized unit of Asset Forfeiture. He later worked at the Stamford Superior Court.

Attorney Crosland is well known and respected in the Legal Community and has tried countless cases from simple drug possessions to murder cases throughout Connecticut. He is a regular fixture on local and even national TV and newspapers including the New York Times, CNN, HLN, Fox, ABC, NBC and CBS.

Always being on the cutting edge, Attorney Crosland is well-versed in DNA evidence that has become instrumental in exonerating thousands of falsely accused individuals. He has personally witnessed the States’ Scientist conduct forensic examinations of evidence including, but not limited to, consumption test, which has made him very competent in deciphering complex scientific evidence, and has allowed him to be very effective in cross examining the Prosecutor’s expert witnesses.

In addition to his successful law practice, he has never forgotten the importance of giving back. He has a big heart and a big smile. Quick to give his own time and money to causes to help the community, he sponsored the first Stamford Courthouse Marshall’s basketball tournament.

Mr. Crosland has served on countless Boards over the years including the Young Professionals of the Urban League, the Shelter for the Homeless and currently serves on the board of the Connecticut Counseling Center. In these positions, he has helped to raise over $300,000 annually to help shelter the homeless and try to eradicate homelessness in Connecticut.

Attorney Crosland is proud of his position as President of the Norwalk NAACP. In this role, Mr. Crosland has used his leadership skills and notoriety to give a voice to the voiceless, hope to the hopeless, and justice to all those who are in need of it.

If you are in need of legal services, please call The Crosland Law Group, LLC at (203) 921-1782 for a confidential consultation.

What Should You Do Next?


It is also helpful for you to put together any papers related to the case; create a list of potential witnesses; and compile documentation of your good character. All of these things will help your Attorney construct your best defense. The sooner an experienced Attorney is on your case, the better chance you have of obtaining a favorable result.